Monsters of Mongo
Flash Gordon -- on the run from Ming's pursuit ships -- finds himself cut off and alone, facing down the deadly hazards of Mongo's untamed wilderness, and the primal rage of Prince Thun of the Lion Men. Alien threats abound, which will test Gordon's skills to their outer limits. Meanwhile, on an Earth still menaced by the threat of invasion from Mongo, three alien rebels wage a secret battle against Ming the Merciless. Their target: a shipment of powerful extraterrestrial weapons, delivered into the hands of the Third Reich! Dynamite Entertainment's epic space opera continues in Flash Gordon: Zeitgeist's thrilling third chapter, 'Monsters of Mongo.'
See More See Less

Flash Gordon: Zeitgeist
The year is 1934, a time of two-fisted swashbuckling, of fearsome threats and wild adventure-and of ever-growing threats on the horizon. Three valiant humans -- Flash Gordon, Dale Arden and Dr. Hans Zarkov -- are plucked from the Earth, traveling to the distant planet Mongo. Their exploits are legendary, battling the machinations and terror schemes of the dreaded emperor Ming, the All-Seeing Ruler 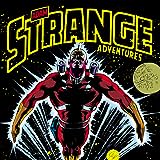 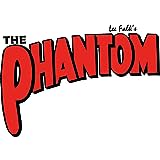