Not a dream, not an imaginary story, not an elseworld. This is Flash Fact: When Barry Allen wakes at his desk, he discovers the world has changed. Family is alive, loved ones are strangers, and close friends are different, gone or worse. It's a world on the brink of a cataclysmic war--but where are Earth's Greatest Heroes to stop it?

In this volume:
All Hal Jordan ever wanted to do was fly. When the world goes to war with Atlanteans and Amazons alike, he gets more than he bargained for.

Abin Sur is the Green Lantern of Space Sector 2814! The Blackest Night has descended across the galaxy! The Green Lantern Corps struggles to battle the resurrected dead as chaos ensues.

Frankenstein and the Creatures of the Unknown are in the midst of World War II fighting for the Allied Forces.

Green Arrow Industries develops some of the most highly advanced weaponry in the world of FLASHPOINT, but where exactly does Oliver Queen get his tech from…and at what cost to the rest of the world? 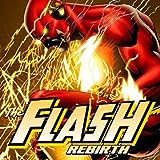 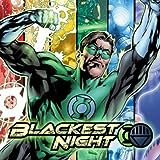