Series
For the Empire

Glorim Cortis is a military celebrity in the Imperial army. The Empire has conquered many known lands, but not yet any unknown. This is the mission entrusted by the emperor to Glorim and his squadron. Once they cross the final frontier of mapped Imperial territories, this group of elites rides their way through a series of intense emotions spanning from doubt to fear. One thing is for sure: as the new map's outlines slowly take shape, their expedition will lead to things that none of them were expecting, 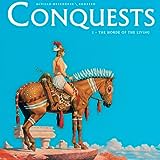 Conquests
This opening episode begins with the Hittites' bloody Urar conquest, which is the first stage of a fierce conflict. Urar belongs to the rulers Marak, Kymris and Simmissee, three ancient rivals who have now united and formed one fearsome fighting force whose sole preoccupation is killing. Woe betide anyone who provokes their wrath! 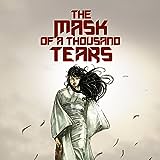 The Mask of a Thousand Tears
After a horrific battle in a mythical Asian land, a peasant soldier with a mysterious past encounters a young woman who has come to find the body of her dead fiancé. She is determined to travel to Takedo Castle and get her hands on the Mask of a Thousand Tears, a golden mask which will allow her to travel to the underworld and bring her fiancé back to the land of the living. The peasant, Masamur
Harden
Ismaël seems like a regular nice-guy fallen on hard times. He's living with his adoring sister and her son following his return from his posting in Iraq. But he has a dark past with the gangs of L.A. and an even darker one with his combat experiences in the US army. These experiences haunt him, giving rise within him to a monstrous second self that he's trying desperately to control... but just w 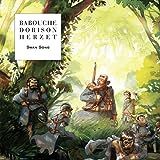 Swan Song
1917. Nivelle "The Butcher" commands the French Army, and the attacks he keeps ordering are pointless slaughters. The soldiers can't take it anymore. Discontent is turning into rebellion, and a petition begins to circulate in secret. When it makes its way to the men of Sergeant Sabiane, they see an opportunity, and what started as a simple cry of defiance becomes a full-blown mutiny when a handful