After a fight with Hellboy, Frankenstein's monster escapes the terrible Mexican laboratory where he was imprisoned and discovers strange creatures beneath the desert, where he'll learn some of the greatest secrets of the mystical world in the strangest Hellboy spinoff yet!

"It's intimidating as hell to take on an icon like the Frankenstein monster. I'm trying to do something that's true to the origin Mary Shelley created for the creature but also captures a bit of the feel that Boris Karloff brought to the role in the classic Universal films. At the same time I'm throwing the monster into an entirely new environment, so I think the result will be something new. It's an odd one, but ultimately will add an important new wrinkle to the Hellboy/B.P.R.D. world." – Mike Mignola

Frankenstein Underground
**Hellboy's creator takes on history's greatest monster!** After a fight with Hellboy, Frankenstein's monster escapes the terrible Mexican laboratory where he was imprisoned and discovers strange creatures beneath the desert, where he'll learn some of the greatest secrets of the mystical world! * One of the most anticipated comic books of 2015! The iconic Frankenstein creature as imagined by the m

Sledgehammer 44
A man in a suit of iron drops from an American warplane onto a French battlefield and unleashes a powerful cosmic force on an army of Nazis, their massive war machine, and their most dangerous agent, the deadly Black Flame! Comics superstar Mike Mignola creates an alternative story of a World War II robot. 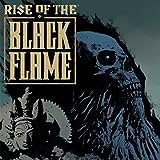 Rise of the Black Flame
The bizarre origin of the BPRD’s greatest foe. Young girls are going missing from the cities of Siam, and the trail leads to the jungle hideout of a bloodthirsty cult wielding an ancient evil power, the Cult of the Black Flame. Christopher Mitten joins the Mignolaverse! 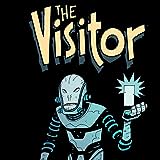 The Visitor: How and Why He Stayed
In 1944 Hellboy was conjured in a ceremony meant to give Hitler the ultimate occult weapon. Fortunately, Professor Trevor Bruttenholm was there to witness, and to guide Hellboy to become the greatest paranormal detective in the world. But Bruttenholm wasn’t the only witness to Hellboy’s arrival. A visitor was there, sent to kill the Beast that had been prophesied to kill us all. What the visit 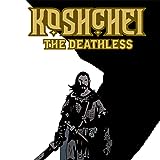 Koshchei the Deathless
Mignola returns to Hell and to the bizarre folklore that's filled some of his greatest books, reuniting with one of his favorite collaborators, Ben Stenbeck (Frankenstein Underground, Witchfinder: In The Service of Angels, Baltimore). This volumes collects the complete six-issue series plus bonus material. Sent to kill Hellboy by the Baba Yaga in Darkness Calls, Koshchei the Deathless hinted at