Hundreds of years in the future, Manhattan has become a deadly slum, run by mutant crime-lords and disinterested cops. Stuck in the middle is a young girl who thought she had no future, but learns she has a great destiny. In a world so poisoned that it doesn't notice the monsters on its streets, how can a street kid like Fray unite a fallen city against a demonic plot to consume mankind? Joss Whedon, the celebrated creator of Buffy the Vampire Slayer, brings his vision to the future in this unique tale. As inventive in the comics medium as in that of television or film, Whedon spins a complex tale of a skilled thief coming of age without the help of friends or family, guided only by a demonic Watcher.

* Joss Whedon, creator of Fray and Buffy the Vampire Slayer, has been nominated for Nebula, Hugo and Emmy Awards as well as an Oscar!
See More See Less 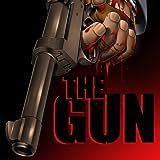 The Gun
"The Gun" revolves around a mysterious handgun, forged almost a century ago, as it changes from hand to hand and the effect it has on people's lives. 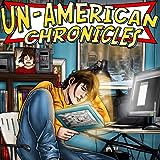 Un-American Chronicles
What happens when three seemingly harmless kids find a woman trapped inside an abandoned well, and the woman turns out to be a criminal? Do they help her? Do they Take advantage of the situation? Or do they come up with a dangerous and morally ambivalent plan? In fictional works, the fall of the United States has been symbolized by the destruction of the Statue of Liberty. But in real life tha 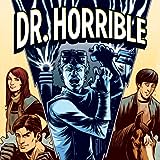 Dr. Horrible
Based on the Emmy Award-winning web series Dr. Horrible's Sing-Along Blog, this collection of stories written by Zack Whedon (Deadwood, Fringe) chronicles some of the earliest adventures in the lives of archenemies Captain Hammer and Dr. Horrible. This anthology solves many unanswered questions left over from the show. For instance: What event inspired Dr. Horrible to become the world's greates
Buffy the Vampire Slayer
The reimagining of Joss Whedon's groundbreaking series continues as Drusilla, the self-proclaimed Mistress and her pet, Spike, make their debut with their sights set on Buffy! Meanwhile, Giles is determined to teach Buffy about her destiny, responsibility, blah blah...can someone tell him to chill? How bad can it get?