When Earth is in the crosshairs, there's only one thing standing between survival and destruction: duty.

Colonel Soraya Yamin, commander of the battle-ravaged space control cruiser Phalanx, engages the Lankies, a merciless alien species, in an apocalyptic assault over Mars. The Lankies, who have outgunned, outmaneuvered, and outfought humanity at every turn, have been menacing Earth's colonies. But now they're suddenly in our solar system, decimating the NACS fleet and swarming toward Earth itself. Facing insurmountable odds, Soraya must make a fateful choice between her sworn duty and the loved ones she desperately wants to protect.
See More See Less 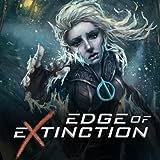 Edge of Extinction
In the year 2025, the United States sends a group of astronauts to the moon in search of precious helium-3. Their mission soon turns upside-down after the discovery of ruins of an ancient human colony from 5,000 years ago. A secret organization led by a mysterious man on Earth will stop at nothing to make sure the Lunar One crew does not learn of this ancient race. Throughout this conflict, l 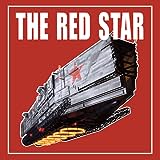 The Red Star
Christian Gossett's landmark series redefined what a comic book could look like, while the story's rich history and brutal world brought motion picture scope to the comic page. Now the massive tale is presented in deluxe form.
Halo: Lone Wolf
Sent on a covert mission without the rest of her team, Spartan Linda-058's skills in infiltration and marksmanship are called upon to end the threat posed by a wanted scientist on a distant planet. With only an ONI AI at her side, Linda must fight through both the dregs of the Covenant and the hostility of a lost human settlement to stop the rogue scientist in his tracks. Collects issues #1-#4 of 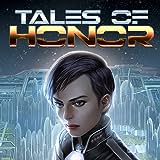 Tales of Honor
THE HONORVERSE EXPANDS TO COMICS! Based on the bestselling military science-fiction novels by David Weber, this original comic book series introduces spaceship captain Honor Harrington on the eve of her execution. From prison, Honor relays her epic adventures, starting with a command outpost to a hellish backwater star system that ends up being the linchpin of an interstellar crisis that will b