The breakout stars of the Marvel Future Fight mobile game feature in action-packed adventures! See how Dan Bi, a young girl from South Korea, first brought an ancient mystical bear spirit into the modern world — and how this unlikely duo became the evil-smashing team known as Crescent and Io! K-pop sensation Seol Hee already has the power to melt fans’ hearts — but as crimefighter Luna Snow, she can also freeze her enemies! Discover how she juggles life as an international pop star with being a costumed hero! And Ami Han is White Fox: a superspy and the last of the kumiho, a mystical race of shape-shifters. But who was she before she became White Fox — and what happened to the rest of the kumiho? Also featuring the far-out Future Avengers!
See More See Less 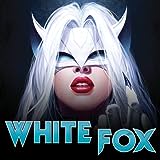 Aero (2019-)
Collects material from Aero (2019) #1-6. Take flight with one of the New Agents of Atlas! It’s the English-language debut of the first appearance of Aero, the soaring super hero from China! When she’s not fighting monsters with her wind powers, Aero is Shanghai-based architect Lei Ling, who sometimes just wants to have dinner with her boyfriend in peace. But when that boyfriend springs a su 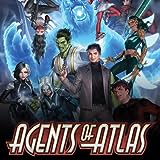 Agents Of Atlas (2019)
Collects Agents Of Atlas (2019) #1-5. Asia’s greatest heroes unite! By popular demand, the New Agents of Atlas return as Amadeus Cho, Silk, Shang-Chi, Wave, Jimmy Woo and all your favorites defend the cross-Asian portal city of Pan against the science/magic threat of one of Marvel’s classic villains! It’s timeless action as heroes from multiple lands clash with one another, battle horrifi
Sword Master (2019-)
Collects material from Sword Master (2019) #1-6. Mounting threats and mysterious origins! You saw him tear through Fire Goblins in WAR OF THE REALMS with his magic sword! Now learn the origin of Lin Lie — A.K.A. Sword Master, Marvel's newest Chinese super hero — in the English-language debut of his original series! Haunted by dreams of demons, Lin Lie hunts for his missing archaeologist fat 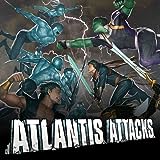 Atlantis Attacks (2020)
WAR WITH THE WATER KINGDOM! The armies of ATLANTIS face ATLAS in a showdown destined to shake allegiances and break hearts! AMADEUS CHO, SILK, WAVE, SHANG-CHI, and all the heroes of the Atlas have bonded with each other after the challenges of WAR OF THE REALMS. But when a terrible secret incurs the wrath of KING NAMOR, who’s the true friend -- and who’s the true enemy? A titanic tale of love