The Egyptian Empire has conquered the land of Canaan and has consolidated its power across much of the Levant.

The pharaoh Thutmose III rules his empire with the blessing of his all-powerful gods.

But there was one other god who only saw Egypt and its pantheon with fury and scorn. A god whose people had been enslaved by the empire for over two centuries: Yahweh of the Shasu.

Now, this god is returning home to fulfill a promise to his people. To deliver them the land of Canaan. But first it must be purged of the foreigners and the non-believers.

The war that he begins will shape the rest of history for all time.
See More See Less 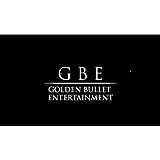 Gabriel: The Shattered Star
GABRIEL is a six-part limited series set in the 15th Century BCE. It tells the story of the fallen archangel Gabriel as he travels across the world, visiting each of the Great Pantheons to recruit an army to fight a vengeful god waging a war of consequence that will change the world forever. Along the way, Gabriel is tormented by visions of a future filled with loss and uncertainty, and a family 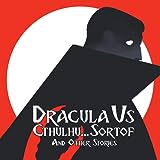 Dracula VS Cthulhu... Sortof and Other Stories
This is our collection of indie, one shot comics, all with a modern dark fantasy tone. The collection features over 120 pages of original content. This includes "The Immortal Luther Daniels" a voodoo super hero, "EMAP Under Green Skies" a story that is part desert survival and part love story, "An Assassin in a Haunted House," where a guilty man hides from the polic 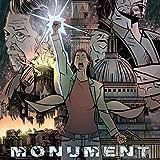 Monument (Markosia)
It's 1666 and The Great Fire of London surges through the streets destroying everything in its path. Nicole Van Grant instantly acts and begins saving the lives of hundreds caught in their houses. Three Hundred and Fifty Years later in 2016, Nicole is still alive -- but she has no idea why. Her immortality was never explained, and she still questions the reasons for her existence. Staying in 2016 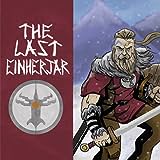 The Last Einherjar
Ragnarok has left the realms in devastation, but life goes on for those lucky enough to survive. Ulf, the last of Odin's warriors the Einherjar is hired by a small village as protection against trolls and other creatures but gets more than he bargained for when he runs into the only surviving Midgardian. 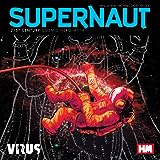 Supernaut
A 21st Century cosmic hero myth, this is SUPERNAUT! Reality-hopping Thieves join the newly ascended consciousness of Astronaut Stephen Haddon - now known as the Supernaut - pulling trans-dimensional capers across the Macroverse! Strange artifacts on the Moon, meeting God and stealing a map to the land of the dead from a secret pyramid beneath the Pentagon. A mystical, cosmic, sci-fi adventure lik