Gianni's meticulous and evocative art combined with his haunting but often hilarious writing create a horror comic unlike anything else on the stands. This book also includes classic prose stories by Robert E. Howard, Clark Ashton Smith, and more, illustrated by Gianni.

* Hot off the success of Hellboy: Into the Silent Sea, Gianni's original masterpiece returns in paperback!

"These are (along with a few issues of Stan and Jack's Fantastic Four) my all time favorite comic book stories."—Mike Mignola

"Gianni is a master—The MonsterMen leaves no doubt: the dude knows how to rock a comic book page."—Michael Chabon 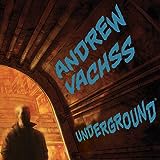 Vachss: Underground
When there is no longer any reliable source of "news," there is nothing to trust . . . and "The Terror" descends. For decades, The Rulers have been at work, using prisoner/slave labor to construct Underground, believing that all those who flee there will trade their freedom for security. Now, "truth" is what the Rulers say it is, and The Rulers rule all. But even within this antiseptically evil wo 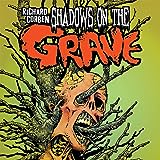 Shadows On the Grave
“One of the most precise and admirable storytellers in the medium.”—Guillermo del Toro The master of supernatural horror is back with bizarre tales of terror in his signature black-and-white style. Running through the entire series is the continuing story of Corben’s new warrior character, Denaeus, reminiscent of his best-loved creation, Den from the classic Heavy Metal series. * New 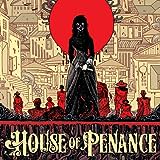 House of Penance
IT'S NOT JUST THE HOUSE THATS HAUNTED . . . The Winchester House... famous for its original owners bizarre compulsion to incorporate a multitude of architectural curiosities. But as the bereaved Sarah Winchesters workers toil on stairways to nothing and doors to nowhere, a mysterious stranger arrives . . . and he could make Sarahs demons all too real. "Blending horror, history and fiction, 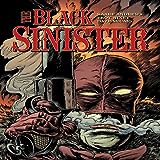 Black Sinister
A pitch-black tale of a city that lives in fear; not from crime or gangs, but the billionaire vigilante sworn to protect them. Emerson Black's superhero identity is no secret: patrolling the night skies as THE BLACK SINISTER, he enforces his own brand of psychotic justice, no matter the cost. Joined by his unhinged butler Danby, Emerson protects the citizens of Coal City from kidnappers, gangs