Ghost Rider: Four On The Floor

The return of Robbie Reyes! And it's hell on wheels as the Ghost Rider makes his roaring return! When a mysterious object from space crash-lands in southern California, some of the brightest minds in the Marvel Universe are drawn to Robbie's backyard — including Amadeus Cho, the Totally Awesome Hulk! What mayhem will be unleashed as the high-octane hothead comes face-to-face with the jade genius? And with Robbie still possessed by the ghost of his evil uncle Eli...who's really in the Ghost Rider's driver's seat? An all-new villain debuts — and who's that on the tail of Ghost Rider? None other than the Wolverine! Strap in and start your engines, this one's gonna be a scorcher!
See More See Less 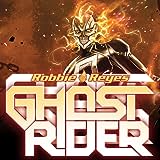 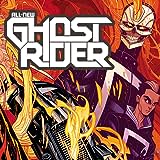 All-New Ghost Rider (2014-2015)
A street race leads a young man on the FAST and FURIOUS road of destiny when he becomes Marvel's newest GHOST RIDER! 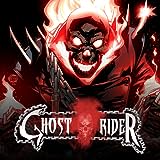 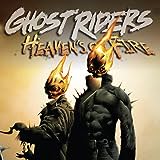