A page-turning adventure of a boy's journey to the land of ghosts and back.

Imagine Garth Hale's surprise when he's accidentally zapped to the spirit world by Frank Gallows, a washed-out ghost wrangler. Suddenly Garth finds he has powers the ghosts don't have, and he's stuck in a world run by the evil ruler of Ghostopolis, who would use Garth's newfound abilities to rule the ghostly kingdom. When Garth meets Cecil, his grandfather's ghost, the two search for a way to get Garth back home, and nearly lose hope until Frank Gallows shows up to fix his mistake. 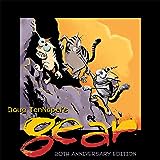 Gear
Four incompetent cats hijack a giant killer robot to change the course of a war between cats, dogs, and insects. But while these three species fight for control of the world, a powerful mechanical being named GEAR arrives to risk his own life to save the lives of good cats. This printing has everything: robots, harpoon guns, talking cats, mantis kung fu, and pin-up art by ROB SCHRAB and MIKE MIGNO 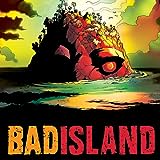 Bad Island
When Reese is forced to go on a boating trip with his family, the last thing he expects is to be shipwrecked on an island-especially one teeming with weird plants and animals. But what starts out as simply a bad vacation turns into a terrible one, as the castaways must find a way to escape while dodging the island's dangerous inhabitants. With few resources and a mysterious entity on the hunt, eac 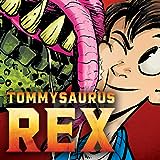 Tommysaurus Rex
In the tradition of OLD YELLER comes the heartwarming friendship between a boy and his Tyrannosaurus Rex When Ely's beloved dog, Tommy, is hit by a car, he goes to his grandpa's house for the summer to get his mind off things. While exploring a nearby cave one day he discovers a full-grown but friendly Tyrannosaurus Rex. As the news of the dinosaur grows around town, so does the friendship be 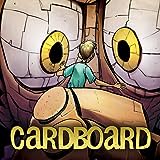 Cardboard
When cardboard creatures come magically to life, a boy must save his town from disaster. Cam's down-and-out father gives him a cardboard box for his birthday and he knows it's the worst present ever. So to make the best of a bad situation, they bend the cardboard into a man-and to their astonishment, it comes magically to life. But the neighborhood bully, Marcus, warps the powerful cardboard in