Giantsize Phantom no1
In this issue, we're going right back to the very beginning. You'll see the Shadow #1 (original series), Catman #1 and Phantom Ranger #1 (again, from the original series) and Sir Falcon #1. To keep the tradition in place we've included a short Phantom story, The Ape Idol of the Durugu, which hasn't been seen in a Frew comic since issue #1248 (1999).There's also a new, Sir Falcon short story, written and drawn by the supremely talented Shane Foley, which features an interesting cameo. Last but not least, is another short story, from Italian master, Romano Felmang. The character is Diavolo, but he may look vaguely familiar to some of you. The cover for this issue, is by Australian comic legend, Glenn Lumsden, who is at the top of his game right now.
See More See Less 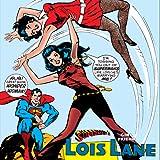 Superman's Girl Friend Lois Lane (1958-1974)
Lois Lane in her very own series! Following her exploits as a trailblazing reporter for the Daily Planet! 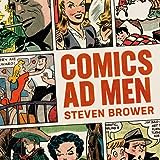 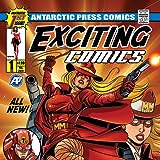 Exciting Comics
For the first time in over 70 years, Exciting Comics returns to stores! In this premiere title, Antarctic Press introduces the Superverse, a new shared universe that combines classic public domain characters such as Black Terror and the Heap with a host of new, original heroes!