A dating site match goes really wrong in this troubling, funny graphic memoir. Things seem to be looking up when Moa Romanova ― broke, depressed, and living in a squat above an old store ― matches with a very famous celebrity on a popular hook-up site. Not only does the 53-year-old man like Moa ― he also immediately validates and motivates her in a way that not even her therapist does, even offering to help financially support her artistic ambitions. However, Moa soon discovers that there are strings attached. Drawn in a style that's de Chirico by way of the '80s, Romanova's relatable graphic memoir is a thought-provoking debut.

After the Spring: A Story of Tunisian Youth
In 2011, one of the biggest political events in the world, the Arab Spring, swept across North Africa. But what came next? As the world moves on, four young Tunisians must cope with the reality of an uncertain future in this original graphic novel. Winner of the Raymond Leblanc Foundation's Belgian Prize, and translated into English for the first time, Hélène Aldeguer delivers an authentic look 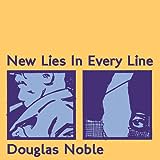 New Lies in Every Line
A collection of unfriendly romances, brutal poetics and geographic terror from Douglas Noble. 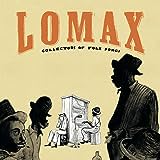 Lomax: Collectors of Folk Songs
In 1933, folklorist John Lomax and his eighteen-year-old son, Alan, embarked on a tour of the American South with a modest budget and a lofty aim: to preserve America's folk heritage. Together, they visited churches, plantations and penitentiaries under the auspices of the Library of Congress, seeking out and recording the very best folk songs, gospel, and blues. Among their discoveries were the D 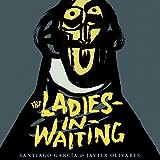 The Ladies-in-Waiting
In 1656, Diego Velázquez, leading figure in the Spanish Golden Age of painting, created one of the most enigmatic works in the history of art: Las Meninas (The Ladies-in-Waiting). This graphic novel, written and drawn by two of Spain's most sophisticated comics creators, examines its legacy as one of the first paintings to explore the relationship among the viewer, reality, and unreality. (It gue