"GRAY takes Wilde's classic novel and reinvents it as a tale of cathartic revenge for the #MeToo era, a story about dangerous women and corrupt men, about sexual power and predators, about guilt and consequences and about the different ways of changing the world: those who would burn it down to start again, and those who would work from within to reform it.

Whilst an innocent student in the 1980s, a young woman named Dorian Gray was subjected to a ritualized assault at the hands of a cabal of ambitious men. It was in that moment that she became something both more and less than human.

Now, 40 years later, but not a day older, she's ready for her revenge. She aims to destroy the men who wronged her, but more importantly, to end once and for all the culture of sexual predators and casual abuse. Gray believes the system can never serve women, so she's going to destroy it. 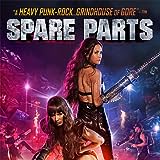 Spare Parts
Based on the Raven Banner and RLJE movie, Spare Parts features a group of women that get lost on a random dirt road. A tow truck driver arrives and tows them to his junkyard. Everything seems normal until they wake up with weapons for limbs, and thrown into the fight of their lives. 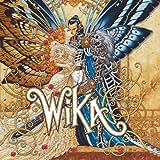 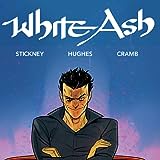 White Ash
Welcome to White Ash, a small smudge of a town in western Pennsylvania, where mining is a generational calling and the secrets are buried deeper than the coal in the mountain. As Aleck Zwerg tries to escape that legacy and head off to college, he falls into the orbit of the enigmatic Lillian Alden. Together, they race down a dangerous path, leading Aleck to uncover a secret about his family that c 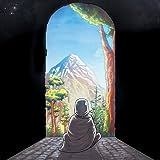 STRAY
The land of Omro gains a new inhabitant when one mysterious girl encounters a doorway between worlds.