What if Movies weren't just flickers of light on a screen, but windows into real worlds in alternate dimensions? What if one day you found yourself transported to the land of Oz, and the Wicked Witch of the West was chasing after you?
In "GreenScreen" a Hollywood sex symbol wakes up one morning to find she's in an alternate reality called "The Cine-verse" where she's no longer a movie star, and every movie ever made is a real world. She travels from one world to another, wrestling with movie monsters and evil empires, cowboys and mob bosses, spys and super-villains, struggling to find her way back to a world where movies were just movies, and a Green Screen only a blank canvas.
See More See Less 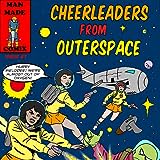 Cheerleaders from Outerspace: Kidnapped
Three girls and their male friends are kidnapped and transported across the galaxy to a hostile planet for the pleasure of an evil queen. There these friends join a rebel group and try and save the universe. 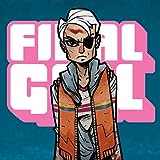 Final Girl
Who slashes the slashers? Final Girl - sworn enemy of Backwoods Mutants, Redneck Cannibals, Deadites and Dream Demons everywhere. Set in the world of Classic American Slasher Movies, Final Girl is the ultimate Survivor, bringing the massacre back to the psychopaths and giving them a taste of their own medicine - one hatchet at a time. 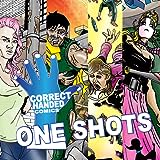 CHC One-Shots
CHC One-Shots is an anthology series where each issue is a different story, character, genre and can focus on any and all aspects of life. 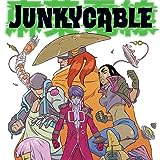 Junky Cable
Year 29XX: Allister, the death surgeon and Cheap, the code thief, are two criminals and lovers out searching for their step daughter Siri. Their journey begins in the bounty city Nibel and will stretch to industrial city New Okinawa, and along this journey they will encounter numerous enemies, trials, cyborgs and nutcases, while a mysterious enemy emerges from the past to hunt them down.