Collected in one massive volume! You can now own the entire Grimm Fairy Tales Arcane Acre story arc!

A new era begins for Grimm Fairy Tales! With the four realms of power - Myst, Neverland, Oz, and Wonderland - at Sela Mather's fingertips, life as the Guardian of Earth has never been more work. However, when Sela is put in charge of a group of young, powerful highborns, she finds that protecting the world from the threat of otherworldly forces may be the least of her worries.

Follow the adventures of the new wave of characters set to flip the Grimm Universe upside down, as you witness the start of Skye Mathers, and Mary ”Mystere” Medina as they begin their journey’s to become the legends and heroes for years to come!

Grimm Fairy Tales (2016-)
New Series Launch! Grimm Fairy Tales is Back! The world of humans has forever changed and the Grimm Universe has been shaken to its core. It started with the Age of Darkness and now with the death of Sela Mathers, earth's long time guardian, the Realms of Power have fallen into chaos. But Sela left behind one thing that may be able to save the world...her daughter, Skye. Don't miss this new chapte

Grimm Universe
This new bi-monthly series features characters from the Grimm Universe in never before told stories. Issue #1 ties directly into the 2012 annual and the Grimm Angel One-Shot. As the Flesh Reavers descend on the people of earth an unlikely alliance forms between a trio of Highborns who have only recently discovered their powers. In order to save the humans they defend...and themselves...they'll hav 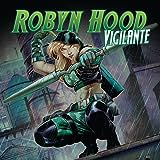 Robyn Hood: Vigilante
After recent events Robyn has found herself on the other side of the law. Hunted and unwelcome both on the streets of the city she calls home, and by the family of outlaws she made in the Underground. Robyn is dealing with her new status quo the only way she knows how, with a fistful of questions and bow full of arrows. Aimed at getting revenge on those who have turned her life upside down, she mu 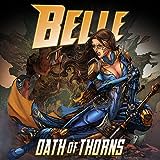 Belle: Oath of Thorns
Belle is back! After her life was recently turned upside down, things have finally begun to settle for Anabelle "Belle" DiMarco. Now, working with the organization known as C.H.I.P. she has more allies than she has ever had in her war against the beasts who threaten mankind. But, with her new allies comes a new mission, and the price she will be asked to pay may not be worth the cost. Get 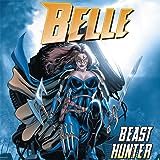 Belle: Beast Hunter
NEW SERIES! NEW HERO! The Grimm Universe is filled with heroes far and wide dealing with threats from vampires, werewolves, corrupt governmental organizations, to ancient orders battling for control of the realms of power. But what lies in the deepest corners of our world could give the evilest creature nightmares. A threat since the beginning of time is rising and only one person will be there to