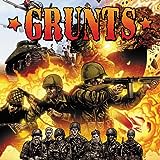 Grunts
A remote section of France near the German border, a joint U.S./British Division pushes into German-held woodlands. Sporadic resistance winds down as the Germans pull back. Before the allies can fully settle in for the night, it comes under savage, relentless attack. Four German supermen mount a devastating assault... 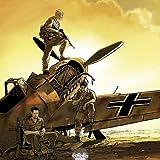 The Regiment
1941. Almost all of Europe is under the Nazis' heel. Great Britain continues to hold out, but the situation worsens with every passing day. And in North Africa, gateway to the Middle East and its immense oil reserves, Rommel now threatens Egypt, keystone of the British defenses. In those desperate times, three men (David Stirling, Blair Mayne and "Jock" Lewes), three unconventional officers, band
Katanga
1960: Katanga breaks away from the Republic of Congo-Léopoldville to become its own republic, backed by the UMHK, a Belgian mining company. When the UN sends in its peacekeeping forces, the UMHK responds by hiring its own mercenaries. Amidst this chaos, $30 million in diamonds goes missing, only to turn up with a man named Charlie at a refugee camp nicknamed “Camp Cannibal.” Soon enough, ever 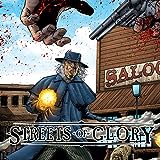 Streets of Glory
Garth Ennis re-defines the Western with this sweeping six issue epic. Joe Dunn is one of the last bastions of the old guard drifters, those men that could be trusted to defend the common man with integrity, honor, and if need be, hot steel of death. Dunn has been away from Montana for more than 15 years, lost to all who knew him. Now he comes riding into a small town, Dunn still representing the b
Berezina
In 1812, in order to keep his stranglehold on Europe, Napoleon had no choice but to declare war on the Russian emperor, Alexander. After three months of marching, his men, starved and exhausted, finally made it to Moscow... only to discover that the city had been deserted. Thus Napoleon and his army took up residence in the Russian capital without even the slightest resistance. But by nightfall, M