In the near future, the "White Plague" has almost completely decimated humanity, and civilization is only a sweet memory. The world as a whole has become a danger zone, where survival is only possible within towns or fortified villages. Enter orphaned brothers Zach and Archer Goodwoody, troublemaking teens who have
just arrived at Fort Apache, and about to learn the hard rules of integration into the colony. Outside the walls lies a hostile and deadly environment, but inside is also a dangerous place, as the boys are about to find out.

Creators Benjamin von Eckartsberg and Thomas von Kummant deliver a creative and visual tour de force with jaw-dropping artwork that will transport you to a brand new post-apocalyptic world where the tension is palpable, and the wrong move will get you killed...or worse. 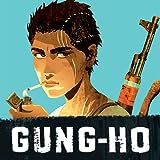 Gung-Ho
ABLAZE proudly presents...GUNG-HO...a "spiritual successor" to The Walking Dead! If you like The Walking Dead, you'll love GUNG-HO... In the near future, the "White Plague" has almost completely decimated humanity, and civilization is only a sweet memory. The world as a whole has become a danger zone, where survival is only possible within towns or fortified villages. Enter orphaned brothers Zach 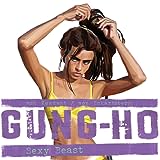 Gung-Ho: Sexy Beast
The return of Gung-Ho! "Sexy Beast" picks up a few weeks after the events in "Short Circuit", where at Fort Apache, the situation is more tense than ever, as the threat posed by the rippers adds to an increasingly difficult life for the colony. Kingsten briefs the fort council on the situation following the stolen goods from the train. The colony is running out of supplies, heavy weapons and ammu 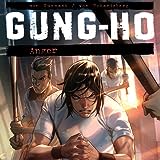 Gung-Ho: Anger
Archer has been banished from the colony, falsely condemned for the rape of Celine. But Zack doesn't believe in his brother's guilt, so an expedition is launched into the danger zone. Unbeknownst to the rest of the community, the teens go to look for Archer...if he is still alive. The expedition will not be without risks though, nor without unpleasant surprises... Back at Fort Apache, confusion re 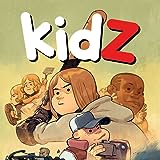 Kidz
These KIDZ are foul mouthed, raising hell and doing battle with the living dead! It's been three months since a terrible epidemic turned the population into zombies hungry for fresh meat. Only after devouring almost all of humanity, the undead themselves begin to wither and fall from famine... Somewhere in a suburban town, Ben, 10 years old and still traumatized by the death of his parents, forms 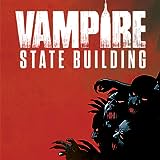 Vampire State Building
THE NEWEST HORROR SERIES FROM CHARLIE ADLARD,THE ARTIST OF THE WALKING DEAD! Get ready to be bitten from the first full color page... Terry Fisher is a young soldier on the verge of being sent away for active military duty, and is going to meet his friends at the top of the Empire State Building for a farewell party. But suddenly a legion of vampires attacks the skyscraper and massacres its occup