Renowned for his trademark 2x4 plank and his signature "HOOOOOOO!" battle cry, Hacksaw Jim Duggan's storied wrestling career spans 35 years and every major wrestling promotion in the United States, including Mid-South, WCW, and, of course, his prime years as the patriotic babyface in the WWF.

Introduced to professional wrestling by patriarch Fritz Von Erich, Hacksaw went on to timeless feuds with Nikolai Volkoff, Sgt. Slaughter, Yokozuna, Randy "Macho Man" Savage, Steve Austin, and many more. Along the way, he won the first-ever Royal Rumble championship, became King of the WWF in 1989, and was WCW United States Heavyweight Champion in 1994. His unmatched charisma and ring presence, along with this bounty of accomplishments, landed him a well-deserved place in the WWE Hall of Fame in 2011.
See More See Less 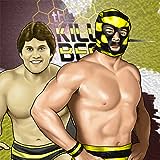 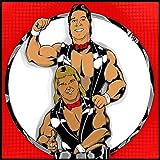 Bobby Fulton & The Fantastics
THE FANTASTICS were Bobby Fulton and Tommy Rogers, one of the premier tag teams in wrestling from 1984 to 2007. Working renowned feuds with The Sheepherders and The Midnight Express in the 1980's & 90's, The Fantastics held many tag team titles, including the NWA United States Tag Team belts and the WCWA Tag Team Championship! 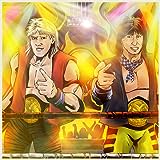 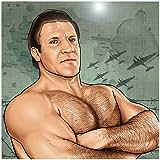 Bruno Sammartino
The authorized comic biography of perhaps the most renowned professional wrestler in the history of the industry. Holder of the WWWF Heavyweight Title for unparalleled runs from 1963-1971 and from 1973-1976, Bruno was inducted into the WWE Hall of Fame in 2013 and claims a string of simply amazing sell-outs of the famous Madison Square Garden in New York City in the 1970's.