What's To Love: The team behind the critically acclaimed miniseries Hacktivist is back as actress/activist Alyssa Milano teams up with writers Jackson Lanzing, Collin Kelly, and artist Marcus To (New Warriors, Red Robin) once again for this next installment of high-stakes danger in the hacker community.

What It Is: It's been six months since Tunis. Nate Graft's life was turned upside-down after his best friend Ed Hiccox died, but he's since pulled things together and is now in charge of VIGIL, the front line of America's ongoing cyber operations. Just when things are starting to gain some semblance of control, YourLife, the government, and Nate come under attack by a new breed of hacker...who call themselves .sve_urs3lf. Using Nate and Ed's former handle, they want to know the truth of what happened in Tunis, and they're calling for blood. Nate's blood.
See More See Less

Hacktivist
From the creative mind of Alyssa Milano, with artist Marcus To and writers Jackson Lanzing and Collin Kelly, Hacktivist is a fast-paced cyber-thriller about friendship and freedom in a time of war. The world knows Ed Hiccox and Nate Graft as the young, brilliant co-founders of YourLife, a social networking company that has changed the way the world connects with each other.
Rubicon
Five Navy SEAL operators defend the residents of a remote mountain farming village in Afghanistan from attacks by marauding Taliban. Based on a story concept by Christopher McQuarrie, screenwriter of The Usual Suspects and director of the recent feature film Jack Reacher, this modern re-imagining of Akira Kurosawa's classic Seven Samurai set within the lens of the current Afghan conflict is given 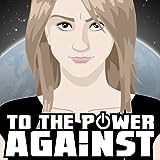 To The Power Against
Thanks to the fallout from a bizarre microwave burrito/graviton missile accident, Catalina Jones has the power to control probability itself. This new power is wild, thus far unpredictable, and potentially deadly.
3 Guns
Trench was a deep-cover DEA agent. Steadman was an undercover Naval Intelligence officer. Now, after racing headlong across the Southwest, desperately outrunning Feds and mobsters alike while trying to clear their names, Trench and Steadman are pulled into another impossible situation: brokering gun deals between the Russians and anti-government revolutionaries...from opposite sides. And little do