Beyond October: The 20th Anniversary Issue
Celebrate 20 years of one of underground comics’ most enduring characters, Halloween Man! This special jam issue features a mixture of alternative and mainstream artists, topped off with a real stunner of a cover by DC/Image superstar, Nicola Scott!

Revelations abound as a frosty Halloween night is invaded by folkloric Yuletide monsters. Frau Perchta, the Christmas Witch, wants to sink her claws into Halloween, but first she must rob Halloween Man of his supernatural powers.

Also in this issue, a long lost webcomic has been dusted off and spruced up for this anniversary extravaganza. Follow everyone’s favorite necromancer Morlack as he explores the early days of Halloween Man. All of this plus a special pin-up gallery section filled with jaw-dropping art!
Join us for endings and beginnings in an issue that will delight old fans and inspire new ones.
See More See Less 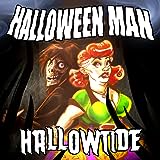 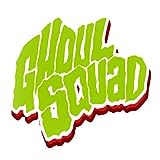