An anthology based on 2017's Halo Wars 2, the real-time strategy video game from 343 Industries, which introduced a new ruthless villain, Atriox.

Atriox, the legendary Brute under the command of the alien collective known as the Covenant, leads a Brute assault against a UNSC military outpost. Wave after wave of Brutes are lost attacking the human outpost defended by a group of UNSC marines, the ruthless Atriox soldiers on. As his comrades fall, Atriox's hatred for the Covenant grows.

Halo Rise of Atriox
This anthology comic series is based on Halo Wars 2, the real-time strategy video game from 343 Industries, which features the new ruthless villain in the Halo franchise, Atriox, whose defiance of the alien collective known as the Covenant is unmatched. Atriox, the legendary Brute who questioned the Great Journey and the will of the Prophets as he watched his comrades die for their cause. Atriox, 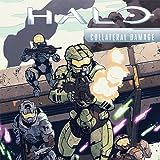 Halo: Collateral Damage
The Master Chief and Blue Team are deployed by the UNSC to Alpha Corvi II, a precarious human colony world, seeking to halt the Covenant's efforts to uncover something hidden below the planet's surface. Before they were legends in the Halo universe, they were soldiers on the front lines. Alpha Corvi II is under a full-scale attack by humanity's newfound enemy, the Covenant. While most of the UN
Halo: Lone Wolf
Sent on a covert mission without the rest of her team, Spartan Linda-058's skills in infiltration and marksmanship are called upon to end the threat posed by a wanted scientist on a distant planet. With only an ONI AI at her side, Linda must fight through both the dregs of the Covenant and the hostility of a lost human settlement to stop the rogue scientist in his tracks. Collects issues #1-#4 of 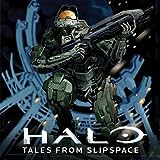 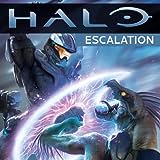 Halo: Escalation
Following the events of Halo 4, the UNSC Infinity is deployed to security detail for a peace summit between the Elites and Brutes. When the negotiations are ambushed by a mercenary fleet, Infinity is drawn into a plot which leads them to the discovery of a long-lost UNSC asset trapped behind enemy lines.