The Harbinger Renegades have been scattered across America… battered by the brutal MASSACRE that decimated their ranks.

Behind them all, Livewire – leader of the Harbinger Foundation’s most unusual group of SECRET WEAPONS – is about to incite the coast-to-coast clash that brings them all together in an inescapable collision of power.

Pushed to the brink by the government she once served, Toyo Harada’s former star pupil is about to make an irreversible decision… and deactivate America’s power supply in a last-ditch bid to save the extraordinary individuals called “psiots” from extinction. As a nation goes dark, the paths of our world's most powerful heroes will soon converge…and the stage will be set for the most cataclysmic confrontation in the history of the Valiant Universe!

Witness the ground-zero moment for the future of the Valiant Universe with a startling, self-contained prelude to HARBINGER WARS 2 – and the perfect introduction to all of Valiant’s biggest icons from one of the most acclaimed creative teams in comics today!
See More See Less 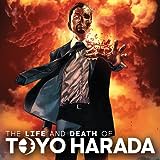 The Life and Death of Toyo Harada
Eisner Award-nominated writer Joshua Dysart (HARBINGER, HARBINGER WARS) returns to the Valiant Universe to continue crafting Toyo Harada's controversial mission to save humanity from itself. Presented in an oversized format and featuring a lineup of all-star artists, including Mico Suayan (BLOODSHOT SALVATION), CAFU (RAI), and more, THE LIFE AND DEATH OF TOYO HARADA will place the planet's most po 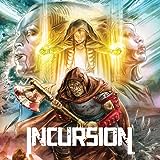 Incursion
Beyond the margins of human reason lies a realm known as the Deadside, where the souls of the dearly departed linger – and where demons wait for us in the dark. For countless ages, Earth's chosen protectors have guarded the veil between both worlds – but there are other doors to the Deadside, through which gruesome terrors from galaxies untold can trespass... With the planet's freedom at stake
Livewire (2018-)
"ALL-NEW ONGOING SERIES! FOR THE FIRST TIME, LIVEWIRE TAKES CENTER STAGE! Accomplice. Mentor. Savior. And now, Enemy of the State. Seeking to protect other vulnerable super-powered psiots like herself, Livewire plunged the United States into a nationwide blackout with her technopathic abilities, causing untold devastation. After choosing the few over the many, she must now outrun the government