One of the crown jewels of the DC library is the inimitable BATMAN: BLACK & WHITE – classic short tales of the Caped Crusader, told purely in primal black and white ink. Unfortunately, now Harley Quinn wants in on the action…and she’s got a red pen, and she has NOTES.

In HARLEY QUINN: BLACK & WHITE & RED, fourteen tales of Gotham City’s craziest clown princess are presented in nothing but black, white, and bold splashes of red. See Harley and Ivy attempt to break into Superman’s Fortress of Solitude! See how Harley’s story unfolds in worlds beyond the DC Universe, in the alternate timelines of Batman: White Knight, Harleen, and the Harley Quinn animated series! See her at her darkest hours and in her happiest moments! See her…win an underground rap battle?!

An incredible array of Eisner Award-winning creators from across the comics industry have put their reputations in jeopardy to bring you these stories—so show a little gratitude, will ya?
See More See Less 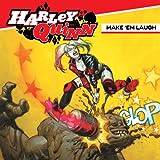 Harley Quinn: Make 'em Laugh
It’s hard out there for a freelancer! Looking to make some quick cash, Harley takes on odd jobs in her many wheelhouses—therapizing bad guys and tracking down stolen art from the Gotham Art Museum. 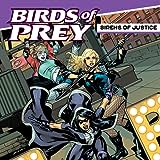 Birds of Prey: Sirens of Justice
Harley Quinn tries to convince Huntress and Black Canary to partner up. But can the Birds of Prey really trust the Clown Princess of Crime? Or do Harley's true allegiances lie elsewhere? 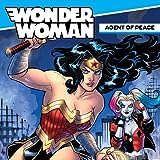 Wonder Woman: Agent of Peace
During a run-in with a villainous crime syndicate, Wonder Woman learns about a hit list whose biggest target is a familiar name – Harley Quinn! Can the Champion of Paradise Island track down the Clown Princess of Crime before it’s too late? 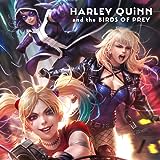