On a planet ruined by corporate warfare and environmental havoc, only those with a spark of ingenuity and the courage to light the fuse have any hope of prosperity. The planetary quarantine surrounding the once-idyllic planet Illal has forced the inhabitants to forge their own future with what little resources they have left in the wake of the Giga-Structure, the growing viral mass that engulfs nearly a third of the surface. With no help from the United Terran Authority, the two largest multi-planetary corporations left on the planet, SENTIUM and PROSK, define and enforce their own laws as they fight for dominance over the next fountain of riches. Neither of them could possibly suspect that the mother lode will be discovered in the most unlikeliest of places.

Downloading this FREE release by 11:59 PM PT on March 19, 2013 will entitle you to receive a unique discount code that can be redeemed for 50% off the final HAWKEN: GENESIS graphic novel, to be released on comiXology on March 20, 2013. You will also receive a unique code that can be redeemed within the free-to-play online mech combat game HAWKEN, good for 5000 Hawken Credits, in-game currency that can be used to buy items, accessories, and to upgrade your mech. These unique codes will be emailed to you after March 20, 2013 by comiXology, to the address associated with your comiXology account.
See More See Less

Hawken: Genesis
Arriving March 2013 as a full-length original graphic novel from Archaia Entertainment, HAWKEN: GENESIS will establish and explore the exciting world of Illal, the planet on which the Hawken video game takes place. Developed alongside the game's Creative Director and lead conceptual designer, Khang Le (*Project Offset*, *Flight*) of Adhesive Games, HAWKEN: GENESIS will feature work from some of th

Hawken: Melee
"Jump into the war-torn world of HAWKEN, the award-winning multi-player first-person shooter that puts you in the pilot's seat of a massive walking war machine. In 5 stand-alone stories told by 5 of the industry's hottest creative teams, HAWKEN: MELEE goes outside the cockpit to explore the lives of corporate combat pilots, and the environment they navigate for daily survival. High-voltage, high
Darklight
We poisoned our planet. Sucked it dry of natural resources. Killed one another in the name of gods that never existed, and survived despite it all. Now, at the very edges of the fabric of space-time, the universe itself is starting to decay. Three warring races-the Human Empire, the organic Duron, and the cybernetic Luminids-must band together to stop their mutual destruction, and the future of th
Okko Vol. 1: The Cycle of Water
Year 1108 in the official calendar of the Pajan Empire. This turbulent age, often called the Asagiri Era, or the Time of Mists, saw the great clans wage decades-long wars in attempts to seize power. 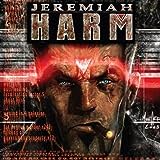 Jeremiah Harm
From the original Lobo writing team of Keith Giffen and Alan Grant! But put your "bastiches" away, this ain't no comedy - just hard hitting science fiction action with a gritty tone and a brutal anti-hero as the lead! When three of the galaxy's most fearsome criminals escape confinement on a prison planet and wind up on Earth, the authorities have no choice but to free the most wanted man in the u