Earth’s Mightiest Marksman! Follow Hawkeye’s career from his debut to his first solo adventure and beyond! Though Clint Barton debuted as a foe of Iron Man and a love interest to the deadly Black Widow, the sharpshooter soon reformed and joined the Avengers, becoming a force for good — and a thorn in Captain America’s side! Now learn Hawkeye’s hidden history, thrill to his size-changing stint as Goliath and unforgettable team-ups with Spider-Man and Ant-Man, witness his battles with the bizarre Death-Throws and more! Plus: the heroic career of Hawkeye’s bride-to-be, Mockingbird! 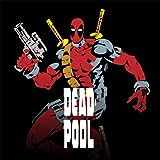 Deadpool: The Circle Chase
Deadpool must make his way through a battalion of mercenaries in Sarajevo, Yugoslavia. Little does he know that Weapon X is lying in wait to take him down! 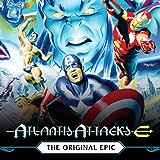 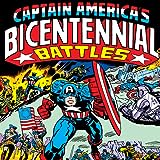 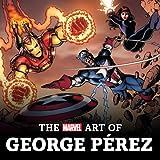 The Marvel Art Of George Perez
Celebrating the artistic legacy of a true Marvel Comics legend! George Pérez first wowed fans in the 1970s, building a phenomenal reputation as a super-team illustrator without peer on AVENGERS, INHUMANS and FANTASTIC FOUR! His talents graced the super hero action of MARVEL TWO-IN-ONE, the martial-arts mayhem of DEADLY HANDS OF KUNG FU and the monster madness of Man-Wolf in CREATURES ON THE LOOSE