Marvel's most critically acclaimed comic in recent memory! Clint Barton, breakout star of a little Marvel movie you might have seen a while back, continues his fight for justice — and good rooftop BBQs! With Young Avenger Kate Bishop by his side, he's out to get some downtime from being one of Earth's Mightiest Heroes — but when the apartment building he's moved into, and the neighbors he's befriended, are threatened by a tracksuit-wearing, dog-abusing gang of Eastern European mobsters who say "bro" an awful lot, Clint must stand up and defend his new adopted family…any way he can. It's Hawkguy, Kate, Pizza Dog et al. against the Clown, Madame Masque, the tracksuits and more in a fantastic, Eisner Award-nominated reinvention of the arrowed Avenger! Bro, you read this book. Okay, bro?
See More See Less

Hawkeye (2012-2015)
The breakout star of this summer's blockbuster Avengers film, Clint Barton - aka the self-made hero Hawkeye - fights for justice! With ex-Young Avenger Kate Bishop by his side, he's out to prove himself as one of Earth's Mightiest Heroes! SHIELD recruits Clint to intercept a packet of incriminating evidence - before he becomes the most wanted man in the world. 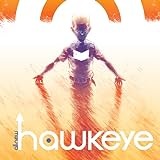 All-New Hawkeye (2015)
It's a fresh new look into the life of everyone’s favorite Avenger. With Kate Bishop, his trusted ward and protégé back at his side, (not titles she would use), Team Hawkeye is thrown into an all new adventure spanning two generations of avenging archers. Past and present lives collide as Kate and Clint face a threat that will challenge everything they know about what it means to be Hawkeye. B 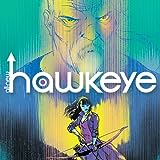 All-New Hawkeye (2015-2016)
Hawkeye and Hawkeye take aim at another season. But it’s not all straight as an arrow for Clint and Kate. A deep-seated rift that stretches across time, brings old man Clint and a wiser Kate back together as they chase down mistakes from their past. The star-studded team of Jeff Lemire and Ramon Perez returns, bringing you another inspired look at the world of Hawkeye.
Hawkeye (2016-2018)
Remember Hawkeye? No not that Hawkeye, our favorite Hawkeye, the chick who puts the hawk in Hawkeye, the butt-kicking hero who had to save the other Hawkeye's butt all the time. Yup, you know her, it's the dazzling Kate Bishop making her solo comics debut! Kate is heading west and returning to Los Angeles, with her bow and arrow and P.I. badge in tow. There are crimes to solve and she's the best
Black Widow (2016-2017)
S.H.I.E.L.D.'s Most Wanted! The Eisner Award-winning team of Mark Waid and Chris Samnee are taking Black Widow on the lam! Natasha has spent years gathering secrets, and when some of the darkest ones begin mysteriously going public, no one is safe. With her betrayed former confederates at S.H.I.E.L.D. on her heels and a lifetime of training and ingenuity at her disposal, Natasha's out for answers