Massachusetts, 1987. Two brothers, Rick and Chris Winter having recently arrived in Salem, find themselves in a centuries - old battle between the knights Templar (whose task it is to banish all magic from Salem) and the Headless horseman. The headless horseman, once a man from Salem that was executed for Witchcraft during the witch trials, is now a monster that's cursed to live forever until he captures the souls of the people of Salem. As Rick struggles to save the town and his brother Chris from the Headless Horseman, he comes to realize his younger brother isn't as innocent as he once thought.

Hotell
You won't find it on any map, but if you happen to be driving down Route 66 late at night and you're truly desperate for shelter, sanctuary or secrecy, you might see a battered sign on the side of the road: The Pierrot Courts Hotel – where many check in but few check out. 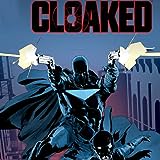 Cloaked
Mike Richardson! Twenty-five years ago, a genuine masked hero came out of nowhere to declare war on crime. All of America celebrated the exploits of the black-clad vigilante as he took down one lawbreaker after another . . . and then he disappeared. But when down-on-his-luck investigator Jake Stevens is hired to find the long-missing dark avenger, his inquiries threaten to expose the myth behind t
Night of the Ghoul (comiXology Originals)
A dazzling work of horror, intercutting between the present-day narrative and the story of a lost horror film. The writer and artist behind Batman: The Black Mirror reunite to shed light on a celluloid artifact once thought forever missing, perhaps with good reason… Part of the comiXology Originals line of exclusive digital content only available on comiXology and Kindle. 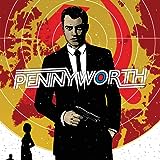 Pennyworth (2021-)
Spanning the years between the hit TV show and today, Pennyworth tells the continuing adventures of Alfred Pennyworth as an MI6 counterintelligence agent-this time in Cold War-era Soviet Russia.