Straight from the pages of the hit digital series DOUBLE BARREL!

It's his own personal Hell.

After the funeral of his estranged father, faded hometown hero Hector "Heck" Hammarskjöld finds himself the new owner of the old man's house... and inside it, a portal to the underworld! With few other prospects on the horizon, Heck goes into business settling inheritance disputes by contacting the recently deceased, accompanied by his faithful sidekick Elliot. But when an old flame knocks on their door with an important message for her late husband, Heck and Elliot embark on an terrifying journey down into the nine circles, braving the horrors of Hell for an assignment that will reveal more than they ever imagined.
Award-winning cartoonist Zander Cannon (The Replacement God, Top 10, Smax, The Stuff of Life) collects his serial from the hit digital magazine Double Barrel into his long-awaited first graphic novel: a story of memory, friendship, and regret, where the past is dead and buried... but not out of reach. 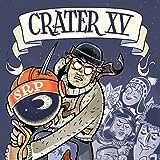 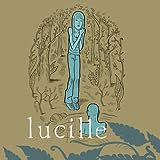 Lucille
This internationally acclaimed graphic novel was named one of Les Essentiels D'Angouleme (the 5 'Essential' graphic novels of the Angouleme International Comics Festival) and recipient of the prestigious René Goscinny Prize. Author Ludovic Debeurme takes on the difficult world of adolescence, following the life of a young anorexic woman and her troubled relationships. Debeurme explores li 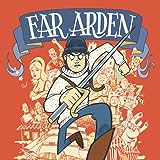 Far Arden
Meet Army Shanks -- crusty old sea dog and legendary brawler of the high Arctic seas! He's got just one mission: to find the mythical island paradise known as Far Arden, which lies hidden (so they say) in the wintry oceans of the far North. But there's more than just water standing between Shanks and his goal: he'll have to contend with circus performers, adorable orphans, heinous villains, bitter