HELLSPAWN marked the return of Spawn; the guns blazing, take-no-prisoners warrior. This next step in the evolution of Todd McFarlane's hell-born creation featured the creative minds of industry greats BRIAN MICHAEL BENDIS, STEVE NILES, ASHLEY WOOD and BEN TEMPLESMITH, who redefined the mythos of the Hellspawn. The HELLSPAWN COMPLETE COLLECTION includes the entire Hellspawn series along with never-before-seen art, a cover gallery, and HELLSPAWN behind the scenes content.
See More See Less 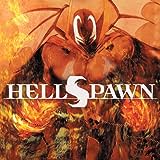 Hellspawn
THE CONCEPT: Once the U.S. Government's best operative and most decorated soldier, Al Simmons was murdered by his own men and sent to Hell. There, he agreed to lead Hell's army in the upcoming Armageddon in exchange for the chance to be with his beloved wife, Wanda. The flawed agreement sent Simmons to Earth five years later to find his widow happily married to his best friend, with a child Al w 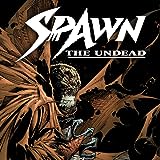 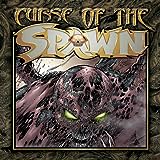 Curse of the Spawn
In a future war, the battle of Armageddon is about to commence. The Anti-Pope, allying with the forces of evil, stands at the threshold of victory. Then, the man once known as Daniel Llanso rises out of the death destruction to become the new Hellspawn of this era. In a blind rage of memories from his own abused childhood, he saves two refugees, Madrid and Matthew from certain death at the hands o
Medieval Spawn and Witchblade
Fan favorites Spawn and Witchblade team together for the first time in TWO DECADES!! In this issue: A village is besieged by a dark force—then Spawn emerges from out of the shadows to save them all. Is he their savior...or their destroyer?