Book 2 covers the early years of 1981-1983, when Hip Hop makes its big transition from the parks and rec rooms to downtown clubs and vinyl records. While many performers use flamboyant personas to stand out from the audience, a young group called RUN-DMC comes on the scene to take things back to the streets. This volume introduces superstars like NWA, The Beastie Boys, Doug E Fresh, KRS One, ICE T, and early Public Enemy. Cameos by Dolemite, LL Cool J, Notorious BIG, and New Kids on the Block(?!)! Featuring an introduction by Wild Style director Charlie Ahearn.

"Being in an Ed Piskor comic is cool enough to freeze hot water." - Fab Five Freddy

"...Ed Piskor delves into the history of hip-hop and gets straight-up biblical, penning a 'who-begat-whom' with a b-boy twist." - Jonathan Zwickel, MTV.com
See More See Less

Hip Hop Family Tree
The New York Times bestselling book series debuts as a monthly comic book with new covers, artwork, a "director's commentary" section that describes the motivation, process, and research involved in making this masterpiece, plus other surprises! This first issue highlights the breakdancers, graffiti artists, DJs and MCs who formed hip hop culture beginning in the tenement rec rooms of the south Br

Wizzywig
282 Pages! "Extremely pleasurable... A gripping story with lots of good, meaty forbidden knowledge and insight into the hacker mindset." -- Cory Doctorow, Boing Boing "Wizzywig is a delight, wryly rendered and packed with dead-on details of the hacker life."-- Wired "Wizzywig is a portrait of a cultural moment when geeks weren't just outside mainstream culture but terrifying to it." -- TI
Godhead
A corporation invents a device that can talk to God in this graphic novel thriller. Godhead ricochets from the streets of a working-class African American community to the glimmering halls of corporate America to a mobile scientific laboratory located in the Pacific Ocean. A sprawling contemporary saga with a science-fiction edge, Godhead explores a collision course between science and religion wh
Run For It
Run For It ― a stunning graphic novel by internationally acclaimed illustrator Marcelo d'Salete ― is one of the first literary and artistic efforts to face up to Brazil's hidden history of slavery. Originally published in Brazil ― where it was nominated for three of the country's most prestigious comics awards ― Run For It has received rave reviews worldwide, including, in the U.S., The Hu 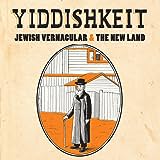 Yiddishkeit Jewish Vernacular & the New Land
Yiddish is everywhere. We hear words like nosh, schlep, and schmutz all the time, but how did these words come to pepper American English? In Yiddishkeit: Jewish Vernacular and the New Land, Harvey Pekar and Paul Buhle trace the influence of Yiddish from medieval Europe to the tenements of New York's Lower East Side. This comics anthology contains original stories by notable writers and artists su