COME ONE, COME ALL!

Hop in for an amazing tour of Hiro Mashima's imagination–with eight exciting rides to choose from! You can read the story that birthed Fairy Tail, go on a fun journey with Plue, and meet all-new friends and foes!

* MAGICIAN: In order to save the Magician's Club at his school, Aoi, the club president, must put his small-time illusions aside and rescue the principal's dog! But when a mysterious group appears, Aoi taps into his true magical powers!
* FAIRY TALE: A national treasure's been stolen and the magical world of faeries is in an uproar! The Fire Prince Silva may not get along with the Water girl, El, but they'll have to overcome their differences to confront an evil witch!
* COCONA: Taking her pet cat along for the journey, Cocona's about to give up being the Princess of Devils for one shot at love...with a human!
* PLUE'S ADVENTURE II: Plue's beloved candy has gone missing! (To Plue, it's a big deal.) Choose your path to solve this mystery!
* BAD BOY'S SONG: With high school graduation only three months away, four best friends reflect on their boring school life and vow to leave an awesome legacy behind!
* MP: Elena is learning magic, and needs one very special book to become a pro. Too bad she's not the only one after it, and her clumsy buddy Bomb isn't much help!
* XMAS HEARTS: Santa Strat is a Christmas hater, and he plans to skip the holidays and feast on cake yet again. Or he did...until someone stole all the cakes! Now he's looking for payback!
* COMBO SQUAD: Despite his job as a hero, Mafuyu Mitsurugi is more of a zero. In a last ditch effort, his boss teams him up with a beautiful girl and a surly brute. And they just might save the day!
See More See Less 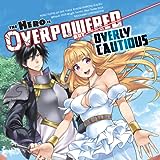 The Hero Is Overpowered but Overly Cautious
Kaito has been summoned into another world as a hero, and though all goes well for a time, one day his entire party betrays and mercilessly kills him. So when he suddenly gets a chance to redo his life, starting from the point he was first summoned to this world, he swears to exact vengeance on everyone who stabbed him in the back... 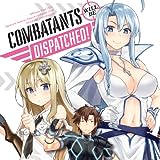 Combatants Will Be Dispatched!
Secret Society Kusaragi's on a mission to conquer the world, one lewd remark at a time. With a garbage reputation and a knack for trash talking, these guys are hardly the elite force needed for an invasion, but for something as insane as world domination? Maybe. 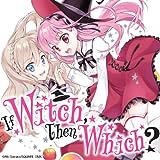 If Witch, Then Which?
Haruka Kuse sees Maruna Rinjou as his savior—he owes his life to her blood transfusion, after all. But what he never knew is that she's actually a witch! Haruka wants to repay the favor somehow, and the answer is...crossdressing to help Maruna pass her magic exams?! Ato Sakurai, author of Today's Cerberus, brings a fiery new magical romance! 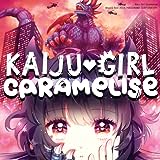 Kaiju Girl Caramelise
Suffering from a rare, incurable illness that causes frightening changes to her body whenever she gets worked up, loner Kuroe Akaishi spends her high school days avoiding her classmates, especially class idol, Arata Minami, and his groupies. But when Arata starts making her heart skip a beat with irritating regularity, Kuroe soon discovers that her illness actually has a big--make that, MONSTER--s