There once was a jungle so immense it would engulf even the greatest city skyscrapers. Within it, life flourished on a grand scale with millions of animals and a handful of hominid species calling it home. Chief among them, were two warring tribes, the Humans and Neanderthals.
While the Neanderthals lived closely with nature and thrived in the treetops, the Humans secluded themselves in a decaying city atop a lonely Mountain. The divide between the two tribes changes forever when, one day, a carefree young Neanderthal named Keyli, and the woman he loved - an albino named Sno - happened upon a young Human named Icari, lost in the jungle.
See More See Less 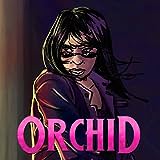 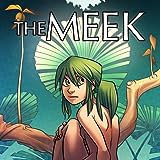 The Meek
The Meek is a graphic novel about Angora, an inexperienced young girl who has been sent on a quest to save the world. War looms on the horizon, and at its helm is the Emperor of the North and his hellish adviser. The two countries are overwhelmed with as much terror, crime, disease and revolution as they are with those who wish to create peace. Armed with only her instincts and an unexplainable po 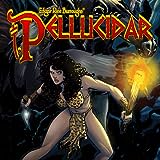 ERB Universe Pellucidar
It is a world of eternal daylight, where prehistoric beasts terrorize the land and primitive tribes fight for survival in an incredible landscape of lush beauty and vicious brutality. This is Pellucidar, the world at the Earth's core, one of the most fascinating and beloved creations of science fiction author Edgar Rice Burroughs! Ruled by the telepathic and blood-thirsty Mahars, all of Pellucidar 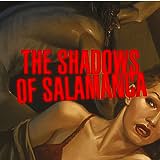 The Shadows of Salamanca
This spine-chilling and multi-layered horror story contains more than one monster lurking in the shadows! PUBLICATION IN 3 VOLUMES - COMPLETED WORK. Sarah and David, a young married couple from New York City, arrive to settle near Salamanca, a small Pennsylvania forest village whose unwelcoming inhabitants appear to be protecting a secret and troubled past. Prey to her own childhood demons, as wel