Return to the world of the hit House of M series, where mutants rule the earth and familiar heroes lead shocking, unfamiliar lives! See the history of this alternate reality revealed for the first time! Follow Luke Cage as he goes from wrongly-convicted prisoner to super-powered fugitive - and assembles the band of rebel freedom fighters who will come to be known as the Avengers! Featuring Hawkeye, Iron Fist, Moon Knight, Tigra, Mockingbird, and more than a few surprises!
See More See Less 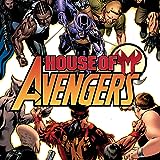 House of M: Avengers
Follow Luke Cage as he goes from prisoner to super-powered fugitive...and assembles the band of rebel freedom fighters who will come to be known as the Avengers! Featuring Hawkeye, Iron Fist, Moon Knight, Tigra, Mockingbird and more! 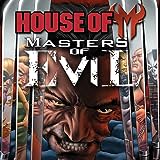 House of M: Masters of Evil
The Hood assembles a gang of the deadliest Sapien super-criminals: Madame Masque, The Absorbing Man, Titania, The Wrecking Crew, Nitro, Constrictor, The Sandman, Crossbones and more! Their goal is simple: get rich and get away with it. 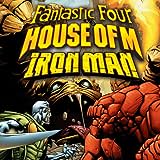 House of M: Fantastic Four / Iron Man
The Fantastic Four as you never could have imagined them! The trusted advisor at Magneto's right hand is almost certainly the second most powerful man in the world. But the question is... will second-best be enough for Victor Von Doom? Plus: Tony Stark is the smartest, most successful Sapien on the planet - the best and brightest of a dying species. Does it bother him that the House of M uses the 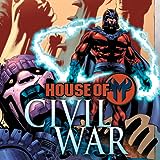 Civil War: House of M
How did Magneto take over the world? The secret history of the House of M unfolds here! Witness Magneto's first battle with the Sentinels and his fight against Apocalypse for leadership of all mutants! 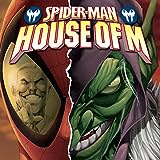 Spider-Man: House Of M
Meet the hottest celeb in the House of M: Spider-Man!