Wolverine is back - but where is he? Just as the X-Men have finally come to terms with Logan's death, a terrible secret means old wounds are reopened, truths are questioned, and an epic quest begins across the Marvel Universe. But who will solve the puzzle first? Will it be Daredevil and his crack squad of investigators, including Misty Knight? Or Logan's former fellow New Avengers, Iron Man, Spider-Man, Jessica Jones and Luke Cage? Or perhaps Sabretooth, Lady Deathstrike and Daken will be the ones to track him down! With mystery in Madripoor and around the globe, the return of Wolverine will keep you guessing! 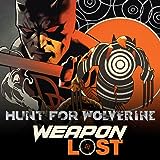 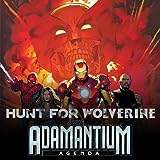 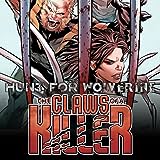 Hunt For Wolverine: Claws Of A Killer (2018)
Collects Hunt for Wolverine #1 and Hunt for Wolverine: Claws of a Killer #1-4. Where’s Wolverine? To find a hunter, you need a squad of hunters! And as word spreads that Logan may have returned from the grave, a handful of Wolverine’s greatest adversaries will come together to track him down and put him back there. But the brutal and horrific nightmare that Sabretooth, Daken and Lady Deaths 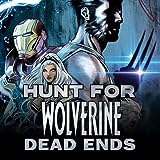 Hunt For Wolverine: Dead Ends (2018)
THE HUNT IS OVER. The hunt for Wolverine is over… Now the time has come to put the pieces together and see what was learned. Kitty Pryde, Daredevil, Tony Stark and Sabretooth may have found what they were looking for…but it wasn’t what they expected. Where has Wolverine been? What has he been doing?