One year after an alien insectoid invasion has wiped out almost all life on the planet, the last remaining superheroes must make one final bid for freedom and safety, but with technology failing them, dwindling supplies and emotions running high, how will they survive? How will they escape the INFESTED EARTH?

The reader follows the story of BRASS BELL, a black female superhero who along with two incompetent bank robbers and a stolen truck, are violently pulled from their Earth and are thrown into a ravaged and destroyed parallel world. She soon discovers the dire trouble this alternate Earth holds, and the terrible reasons that led to its obliteration.
See More See Less 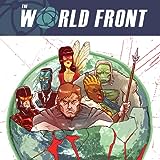 The World Front
When they can stomach each other, VICTORIOUS and THE WORLD FRONT protect Earth from aliens, terrorists, and super-criminals. The snarky heroes spring into action when SUPERMASSIVE, an enemy from their past, goes on a rampage. Everything runs smoothly until one of their teammates loses his mind, killing innocents. If the World Front can't end Supermassive's threat and stop one of their own, the co 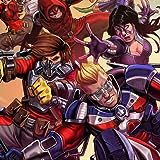 The Protectors: Beginnings
Thomas Karver has just gotten out of the military. He comes home with an idea, to become a hero. Read this epic story that will only get bigger as time goes by. Heroes will rise and so will villains 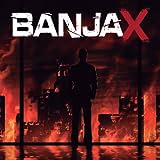 Banjax
A wholly original and delightfully twisted deconstruction of the superhero genre by Hollywood screenwriter/Aberrant-scribe Rylend Grant. A disgraced, terminally ill former superhero launches a violent and misguided Death Wish-like campaign to purge the city of supervillains before he dies. His former protégé – currently the public’s point-and-wink superhero ideal – is tasked with bringing 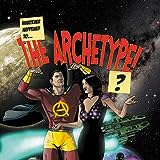 Whatever Happened to the Archetype!?
What happens when superheroes get old? Will their time be remembered as a 'golden age?' Or as the mumblings of a crazy old man?