There are many cultures that give extra meaning into getting a tattoo. Many of them say that the actual tattoo has magical power or the process of getting tattooed has inherent power. "Ink" is a story based on that theme, and a bit more. Such as the scary thought of the substance that you are getting tattooed with may not necessarily be just ink.
An ancient evil once defeated and imprisoned has returned. Can our reluctant hero and the small band of helpers come together to defeat it, and once more contain it?
Remember, even those reluctantly chosen to be heroes are nonetheless still heroes. Even if they don't believe it themselves or even know it yet.
The prison and its contents were forgotten and eventually became lost through time, however as it is with such things, it was eventually found and soon opened. The creature once more released began to kill and feed again. It discovered this modern new world was well suited to feed its thirst.
See More See Less 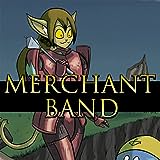 Merchant Band
Join the traveling merchant Boss and his bodyguards, Bridget and Leif as they set off on a journey through a strange fantasy world! 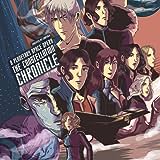 The Constellation Chronicle
Marcel and Wainwright are sent out to investigate a research spaceship gone missing at the edge of the star system, La Sillia. Despite the beacon being recently sent to the C & G United Recon Union, the only semblance of life left on board the ship is a service droid. Will they discover the rest of the crew, or will they too mysteriously disappear? 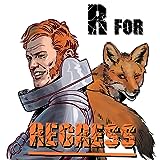 R for Regress
The inhabited part of the Galaxy has been divided among 12 Great Merchant Houses that have gathered hundreds of planets under their authority. They allow young races to evolve unimpeded until their technologies allow space travel. After that mentioned civilizations are colonized. For the dirty job the Merchant Houses hire the Guilds. Under the veil of utmost secrecy they stop evolutionary devel 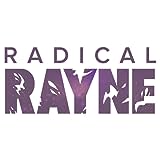 Radical Rayne
Violence. Vengeance. Vitriol. Radical Rayne. Radical Rayne is a science-fiction comic book series about a woman simply known as 'The Phoenix', whose entire world was destroyed when her fiance was gunned down by a group of mobsters called The Seven (criminals that control the galaxy from the shadows), so Phoenix goes on a rampage to avenge her lover, taking out the mobsters while also trying to