This series is rated 17+
DISCLAIMER: gore
Grounded space pilot Mary Raven has come to the interzone settlement in the middle of Ignition City, Earth's largest spaceport, to recoved the effects of her dead father... or so people think. Mary really wants to know how he died, and who was responsible. But today might be her last day on Earth, trapped on the last spaceport where no one cares about murder, and the only real currency is fear. She has her dead father's ray gun, and that's enough for space hero-turned-arms dealer Lightning Bowman to want her dead. But when she finds her father's lost diary she discovers something nobody else in Ignition City knows... and they'll want her dead for that, too. From Warren Ellis, the writer who reinvented science fiction in comics, comes IGNITION CITY, a retropunk "future of the past" where spaceships belch smoke and arguments are settled with blaster pistols. 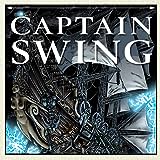 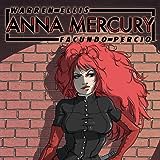 Anna Mercury
Warren Ellis introduces you to the sultry Anna Mercury in this all-new sci-fi series! Dancing amid the spires of a city called New Ataraxia, there is a woman who can cloud men's minds, leap across buildings as if weightless, unerringly fire twin automatic pistols in the most insane conditions, and disappear in a crowded room. She fights against the political repression of an insane technocratic so 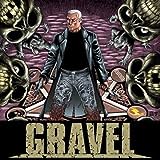 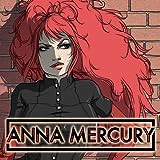 Anna Mercury 2
Warren Ellis' fiery red-head returns to once again explode into mad science-fiction action with the stellar art of Facundo Percio! A city-state from the strange superdimensional space of The Constellation sends a probe to Earth. To decide whether or not to make contact, the London office of the Constellation Project must send an agent through the fabric of the universe itself to the city of Three