Atsushi Ikeda is your typical "nice guy." He's so nice, he even has this habit of bringing stray cats home. But even he is quite unprepared for what turns up at his doorstep one day...a cut and bloodied young man. The injured boy turns out to be famous violinist, Riya Narukawa. He decides to look after the young musician, even giving him a key to his apartment in case Riya needs a place of refuge. But Riya has been on his own most of his life and is quite unsure as to how to react to Atsushi's acts of kindness. Worse, Riya actually has another personality within him that is not so frail and timid as his other self. Listen to the duet of Atsushi and Riya as the seeds of attraction begin to blossom between them. 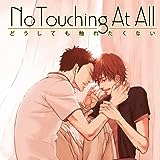 No Touching At All
On his very first day at a brand-new job, shy Shima is trapped in the elevator with a hungover mess of a guy...who turns out to be his boss! Togawa's prickly exterior definitely puts the rookie recruit on-edge, but it doesn't take long before Shima's every waking thought is invaded by his overbearing yet totally thoughtful superior. Will Shima put aside a history of disappointment in order to take 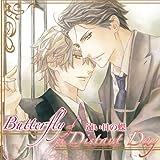 Butterfly of the Distant Day
Gifted pianist Saki wants nothing more than to see his young cousin-- the talented Riya-- succeed as a professional musician. So why is a (handsome) face from Saki's past suddenly threatening to tear him away from reality? Will this fragile butterfly finally learn to ride the winds of change with grace and maturity-- or will he get swept away in a reckless moment? 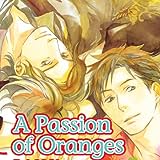 A Passion of Oranges
179 pages! Just what is in store for these turbulent couples, and how has fate decided to connect them? Find out in A Passion of Oranges! With every color, a memory is reborn. The Crescent Moon Shop does a special service for its customers-- the owner can turn any item into a pigment base for artists. When a lost boy finds the owner, however, he gets something extra special. Aspiring singers Lu 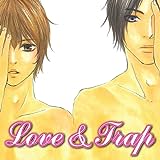 Love and Trap
10-Page Preview! "Will you protect me?" High school student Mochida Masaki has set a trap in order to protect himself. He will do anything to shield himself from senseless violence, even using his own body to lure in and ensnare the strong... Masaki has trained his heart and mind to cast aside all emotion, so what will arise when, one fateful day, he begins to experience genuine feelings of love