Melba has spent seven years in a mental health facility. Tomorrow is her eighteenth birthday. Tomorrow, she'll be transferred to a federal prison. Tomorrow, her real sentence will begin.
That is, until she receives a visit from FBI Agent Virgil Crockett. Crockett explains that there is another world beyond ours, where hungry spectral aliens stalk the minds of the impressionable and weak. These things, called IMPs (Interdimensional Mental Parasites) feed on compliance. They convince hosts to do things for them, and the more they feed, the stronger they become. More IMPs stream into the world each day, invisible to everyone but his or her hosts.
After years of drugs and counseling, Polly and Melba have developed a unique relationship—and to Crockett, this relationship represents something her people can work with. In exchange for release from prison, Crockett asks Melba (and Polly) to serve as IMP hunters. For Melba, it's a chance to prove that she's innocent, convinced to murder by a monster...a monster she must now unleash. 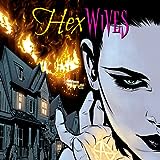 Hex Wives (2018-2019)
For hundreds of years a war has been waged between a coven of perpetually reincarnating witches and the all-male conspiracy known as the Architects. After the death of the lead Architect in 2005 it seemed the witches had finally defeated their foes. Now, 13 ye 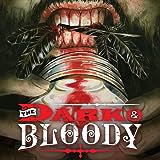 The Dark and Bloody (2016)
A hauntingly poignant horror series by writer Shawn Aldridge (Vic Boone) and artist Scott Godlewski (Copperhead), with covers by Tyler Crook (Harrow County). Guns, moonshine, monsters-there’s a lot going on in the backwoods of Kentucky. Iris Gentry is a war veteran who returned from Iraq to find his options for supporting his family limited. Since they live in a “dry” county, Iris has tu
Jacked (2015-2016)
Eric Kripke (creator of Supernatural) teams up with Vertigo veterans John Higgins (HELLBLAZER) and Glenn Fabry (PREACHER) to bring you a very Vertigo take on the modern superhero in this six-issue miniseries. Josh Jaffe, a neurotic family man mid-midlife crisis, buys an online “smart pill” to increase his focus and jolt him out of his slump. But to Josh’s surprise, the pill gives him incredi