From Stan Lee, Jack Kirby, Roy Thomas and Neal Adams — the titans of the Marvel Age — come the Inhumans! For the first time, the stories that defined these regal outcasts are brought together in one collection starring Black Bolt, Medusa, Karnak, Gorgon, Crystal and the loveable Lockjaw! Their quest for peace is threatened not just by a world that fears them, but also by Black Bolt's own brother, Maximus the Mad, and his evil Inhuman cohorts! It's a family epic full of intrigue and treachery, told in the mighty Marvel fashion — as only comics' greatest creative talents could craft it! 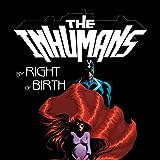 Inhumans: Right of Birth
Collects Marvel Graphic Novel: The Inhumans and Inhumans: The Untold Saga. Witness the secret tragedies of Marvel's most secretive society: the Inhumans! Hidden from the eyes of the ancient Inhuman leaders, Queen Medusa gives secret birth to King Black Bolt's son, Ahura - but will the newborn heir apparent be a blessing or a curse? Then: Experience the revolt of the Inhumans' genetically bred s 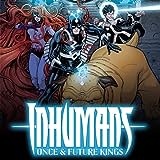 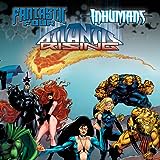 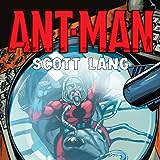 Ant-Man: Scott Lang
Meet Scott Lang, the astonishing Ant-Man! To save his daughter, Cassie, Scott is forced to return to a life of crime, stealing Hank Pym's original costumed identity. But when his noble intentions win the Avengers' approval, he takes over as the all-new Ant-Man, full-time! Electronics whiz Scott secures a job with Tony Stark, but the size-changing super hero must save Iron Man after a brutal battle