The pressure is on Tak more than ever before and Ry's got some words of advice for his star driver as they prepare for the big race against Tomoyuki. Tomoyuki's been on the pro circuit and Tak will have to use every move in his bag of tricks if he hopes to beat him. 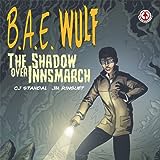