The career of Jay Lynch, cartoonist, satirist, and counterculture archivist, spanned more than six decades and displayed his many graphic talents in a vast array of contexts and media. He contributed to the earliest counterculture press, drew and edited many underground comic books, designed confectionary novelties and promotional products, and in later years painted a myriad of private commissions for fans of his work. Included are Lynch’s cartoon memoirs, Ink & Anguish, in collaboration with Ed Piskor (Hip-Hop Family Tree, X-Men: Grand Design), which were uncompleted at the time of his death. All his signature Nard ‘n’ Pat stories from Bijou Funnies are featured in this volume, as well as comics from Bogeyman, San Francisco Comic Book, Bizarre Sex, Teen-age Horizons of Shangri-la, a sampling of his Wacky Packages, Garbage Pail Kids and other Topps Chewing Gum premiums, and acrylic paintings. Lynch also narrates his life story throughout the book, from his dysfunctional childhood to the day he selected his coffin and head stone, in a half-century series of interviews and correspondence with comic historian Patrick Rosenkranz. 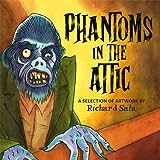 Phantoms in the Attic
Richard Sala has been creating fiendishly clever comics for over twenty years and Fantagraphics Underground is proud to present this special limted-edition collection of drawings, watercolor paintings, and short comics, hand-picked by the master of mystery and macabre himself, documenting the more shadowy corners of popular culture. 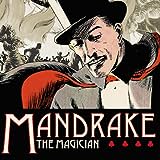 Mandrake the Magician
The comic world's first crime-fighting super-hero – Mandrake The Magician! The creation of 19-year old comic legend Lee Falk, Mandrake debuted as a daily newspaper strip in June 1934, predating both Superman and Batman by several years, and his comic strip adventures would go on to run for an unbroken 79 years. During that time, he appeared in movies, radio series, books, a TV movie, a Columb 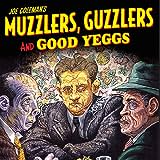 Muzzlers, Guzzlers & Good Yeggs
Joe Coleman has spent the last quarter-century purging and embracing his demons through art, an angry artist obsessed with decay and the extremes of human behavior. He is best known for his rich oil paintings, but what many don't know is that he has also created an impressive body of sequential, black-and-white art, which this volume collects. As with his paintings, Coleman is obsessed with violen
Meat Cake
In Dame Darcy's cult classic series, Meat Cake, you'll meet a cavalcade of narcissistic, fantastic characters like Richard Dirt, Effluvia the mermaid, Friend the Girl, Strega Pez and more. These frenetic comics penned under a blood red moon are soaking in a sassy gothic appeal.