1983, Yad Vashem, Jerusalem, at the Shoah memorial. Irena Sendlerowa is finally allowed by the Polish Communist authorities to plant her tree in the Alley of the Righteous Among the Nations 18 years after being recognized for the honor. It is here that she meets a young woman she saved during WWII and her little girl daughter, to whom Irena tells the story of her return from the Nazi torture in 1944 Warsaw at the end of the war... which was just the start of yet another struggle.
The continuation of this poignant series about the extraordinary fate of one of the greatest heroines of the Second World War.
See More See Less 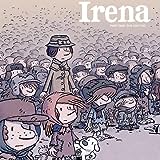 Irena
Irena Sendlerowa was a member of the Citizen Center for Social Aid during the Second World War. she joined the resistance and saved 2,500 children from the hell of the Nazi-occupied Warsaw Ghetto. This is the true story of an ordinary woman who accomplished the extraordinary despite senseless circumstances during a frightful period. This first volume introduces her and leades her into her mission. 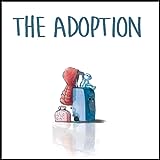 The Adoption
Gabriel’s retired life is turned upside down when his son and daughter-in-law adopt an orphaned girl from Peru. He was barely much of a father to his own son… how is he going to take to being a grandfather to a kid from a whole other country? When surprises and complications arise, can he learn that you’re never too old to change your mind? Collecting both parts of the powerful, award-winnin 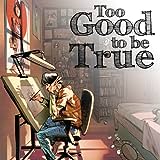 Too Good to Be True
Daniel Nauck works in a comic book shop dreaming of one day becoming a successful comic artist. Camille Bittencourt is one of Hollywood's most in demand starlets having lived the better part of her life under the limelight. He dreams about her... she doesn't even know he exists. That is until they meet. Sounds too good to be true, right? At its core Too Good to be True shows readers 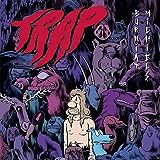 Trap
A man lives in the wild with a dog as his only companion... and great powers at his disposal. All he needs is an animal's hide to take on its abilities. Together, he and his dog will go off to seek a terrible monster, in a silent story brought to vivid life by Burniat and Michiels. Fierce, funny, strange, endearing! 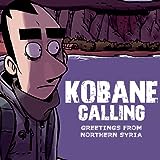 Kobane Calling: Greetings from Northern Syria
Kobane Calling is the autobiographical memoir of a young Italian cartoonist, writing and drawing under the nom de plume Zerocalcare, who volunteers with the Rojava Calling organization and heads into the Middle East to support and observe the Kurdish resistance in Syria as they struggle against the advancing forces of the Islamic State. He winds up in the small town of Mesher, near the Turkish-Syr