Wing-head and Shell-head! In different costumes and suits of armor, Captain America, the Living Legend of World War II, and Iron Man, the Armored Avenger, are friends through and through! Now, see some of the greatest team-ups these longtime allies have had through the years - including their deadly battles against the Chameleon, Batroc the Leaper, the Fixer, mind-controlling aliens, Firebrand and a group of deadly terrorists with ties to both their origins! Guest-starring Giant-Man, the Wasp, Jim Rhodes, and S.H.I.E.L.D.'s very own Nick Fury and Dum-Dum Dugan!
See More See Less 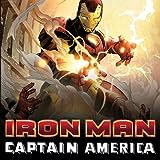 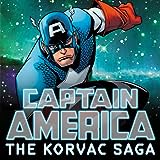 Captain America And The Korvac Saga (2010)
Collects Captain America & The Korvac Saga #1-4, Avengers (1963) #167. Captain America: proud member of the Avengers, but a man out of time - frozen for decades and unaccustomed to modern life. Can the Sentinel of Liberty learn to fight alongside heroes 60 years younger than him? And why does Cap feel a strange connection to the man named Korvac? Ben McCool (Choker) brings you an epic tale ten 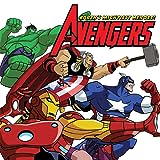 Marvel Universe Avengers: Earth's Mightiest Heroes (2012-2013)
Based on the AMAZING new animated series! What do you do when the world's evilest villains attack? Call Earth's Mightiest Heroes to save the day! In our first tale, CAPTAIN AMERICA and THOR face a threat bigger than BOTH of them! And in tale two, following the exploits of everyone's favorite arrow-flinger: HAWKEYE! 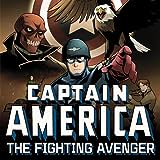 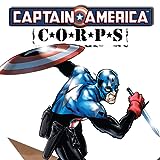