CONCEPT: Jack Staff is Britain's Greatest Hero! Tom-Tom the Robot Man isn't really a robot...or a man. Becky Burdock is a Vampire Reporter. Q investigates crimes involving the weird and the bizarre: the Question Mark Crimes. Now you can follow their adventures in each and every issue of JACK STAFF!
THIS ISSUE: During the Second World War, the world's bravest heroes, Jack Staff, Sergeant States, Blazing Glory and Tommy Twister joined together to fight against Freedom's Fascist Foe. They called themselves The Freedom Fighters!
It's 1942, and the German Army is set to invade Castletown! The only ones who can stop it are the Freedom Fighters, but they have to stop Kapitan Krieg, the Nazi Super Soldier first. The only problem is, he's unstoppable!
See More See Less 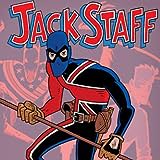 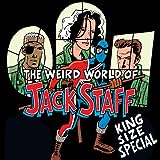 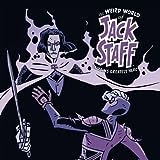 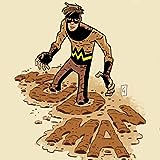