A young bounty hunter meets her match as she encounters... as they all are searching for the same massive treasure. Written and illustrated by bestselling author Brian Michael Bendis, this classic crime noir tale of deceit, murder and passion is now re-released in this new DC edition!

When bounty hunter Jinx Alameda met con-man David "Goldfish" Gold, she thought he was too good to be true. Which he was. With a mysterious past and even murkier motives, Goldfish and Jinx find that they're searching for the same thing--a huge cash treasure that could set them up for good A tenuous partnership could lead them to the score of a lifetime--if they don't kill each other first.

Brian Michael Bendis's critically acclaimed Jinxworld library now comes to DC! These classic, award-winning graphic novels, including Jinx, Torso, Powers, Goldfish, Brilliant, Takio and Scarlet among others, will now be re-released under the DC banner alongside other seminal books such as Batman: The Dark Knight Returns and Watchmen. These beloved, hard-to-find Jinxworld titles will be accompanied by new stories from continuing series like Powers, Scarlet and The United States Of Murder Inc., as well as new series such as Pearl and Cover. Catch up with the vast library of graphic novels from one of the greatest comics creators ever with Jinxworld!
See More See Less 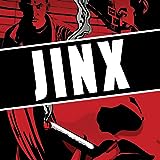 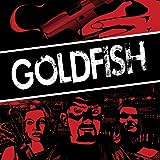 Goldfish
The story of an enigmatic grifter with a heart of gold who returns to his old haunts to find his old flame practically running the city's underbelly, and his oldest friend and ex-partner in crime a police detective. But Goldfish has come back for one reason, and one reason only: his son. 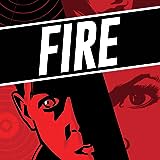 Fire
Imagine that you are a shy, quiet college student. Just an average guy trying to get through each day as best he can. Then your government contacts you. They want you to be part of an experiment in the art of human covert operations. Instead of creating an agent from someone within their own ranks, they want to create an agent from nobody, from scratch, from you! Loosely based on events in the Ame 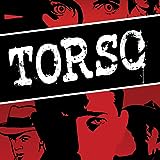 Torso
Cleveland. 1935. Eliot Ness, fresh from his legendary Chicago triumph over Al Capone and associates, set his sights on Cleveland. He went on a crusade that matched, and sometimes even surpassed, his past accomplishments. But dismembered body parts started washing up in a concentrated area of Lake Erie Sound. Headless torsos that left no clues to their identity or reason for death. Elliot Ness and 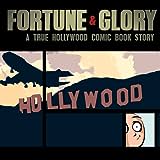 Fortune and Glory: A True Hollywood Comic Book Story (2010)
Brian Michael Bendis' 'Fortune and Glory' exposes the stupidity of Hollywood producers, and the enthralling mood swings and ego nosedives of an indie comicbook creator caught up in the maelstrom of the motion picture industry.