Joe Abercrombie's "First Law" series of fantasy novels have been translated into 26 languages worldwide and sold over two million copies, garnering a ton of acclaim along the way. Come find out why with the first issue of
The Blade Itself...


Logen Ninefingers, infamous barbarian, has finally run out of luck. Caught up in one feud too many, he's on the verge of becoming a dead barbarian, leaving nothing behind but some bad songs, a few dead friends, and a lot of happy enemies.


Captain Jezal dan Luthar has nothing more dangerous in mind than fleecing his friends at cards and dreaming of glory in the fencing circle. But war is brewing, and on the battlefields of the frozen North they fight by altogether bloodier rules.


Inquisitor Glokta, cripple turned torturer, is cutting treason out of the Union one confession at a time. His latest trail of corpses may lead him right to the rotten heart of government ... if he can stay alive long enough to follow it.


Murderous conspiracies rise to the surface, old scores are ready to be settled, and the line between hero and villain is sharp enough to draw blood. Unpredictable, wickedly funny, and packed with unforgettable characters, The Blade Itself is fantasy with a real cutting edge. 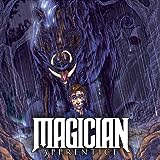 Magician: Apprentice Riftwar Saga
Having stopped for a picnic, Pug and Princess Carline are attacked by vicious trolls. Things look grim for the would-be couple, but Pug has a secret power up his sleeve that may just turn the tide in his favor!
Robert Jordan's Wheel of Time: Eye of the World
The Wheel of Time turns and Ages come and go, leaving memories that become legend. Legend fades to myth, and even myth is long forgotten when the Age that gave it birth returns again. In the Third Age, an Age of Prophecy, the World and Time themselves hang in the balance. What was, what will be, and what is, may yet fall under the Shadow. Strangers have come to the village of Emond's Field, locate 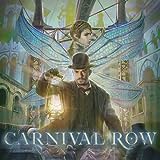 Carnival Row
As Rycroft Philostrate adjusts to his life in The Burgue, memories of his former life intertwine with a mystery that will take him through the strange city streets that he now calls home. A recent bomb attack has only intensified the situation, can he find the people responsible before there is another explosion? 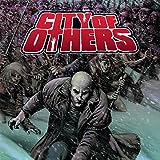