Collecting the first 4 issues of the acclaimed series, as well as several unreleased short stories by guest writers and artists.

Joshua Black, created and written by Martin Dunn, is the story about a downtrodden high school student who is the next in line to inherit the throne of heaven. Along with his new found power, though, comes a great burden. This story follows Joshua as he learns to wield his powers responsibly, and eventually becomes the God that he was meant to be.
See More See Less 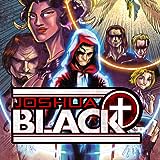 Joshua Black
'JOSHUA BLACK is a dark comedy/fantasy series that follows a reluctant teenage deity who inherits the throne of Heaven.' The only eligible, living descendant of Jesus Christ, seventeen-year-old Joshua Black has inherited Heaven's throne and all of the burdens that come with it. After a violent encounter with his abusive father the night before, Joshua, whose family had been devastated by a trag 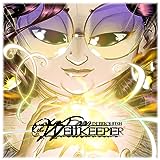 The Wellkeeper
Zoe Kostopoulos is on the run for her life. Pursued by dark forces hunting her across the country for reasons unknown to her. But on her journey of survival, Zoe meets a young boy named Sebastian and immediately their fates are intertwined. THE WELLKEEPER© is the tale of a young girl name Zoe, the latest in a long line of women known as Wellkeepers. She is charged with the task of guarding th
Lifehacks
A hacker turned private detective goes after a serial killer who likes to steal people's digital identities. 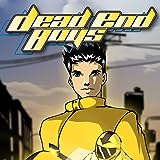 Dead End Boys
Nicky Trainor grew up in a working class South Boston neighborhood. In and out of trouble growing up, Nicky ran with a neighborhood gang who called themselves the Dead End Boys. After Nicky's cousin Mikey was shot and killed by a rival gang member, Nicky cleaned himself up and at the age of 22 joined the Boston Police Department.
Hacktivity: Private Data
Shawn Harris is a hacktivist, a software programmer/activist, who just pushed the boundaries too far.