It begins in the year 1900, with the scream of a newborn. It ends, 100 pages later, in the year 2000, with the death-rattle of a 100-year-old man. The infant and the old man are both Julio, and Gilbert Hernandez's Julio's Day (originally serialized in Love and Rockets Vol. II but never completed until now) is his latest graphic novel, a masterpiece of elliptical, emotional storytelling that traces one life -- indeed, one century in a human life -- through a series of carefully crafted, consistently surprising and enthralling vignettes. There is hope and joy, there is bullying and grief, there is war (so much war -- this is after all the 20th century), there is love, there is heartbreak. This is very much a singular, standalone story that will help cement Hernandez's position as one of the strongest and most original cartoonists of this, or any other, century. Introduction by novelist Brian Evenson.

"A haunting performance and about as perfect a literary work as I've read in years. Hernandez accomplishes in 100 pages what most novelists only dream of -- rendering the closeted, phlegmatic Julio in all his confounding complexity and in the process creating an unflinching biography of a community, a country and a century. A masterpiece." -- Junot Díaz

Children of Palomar
The Children of Palomar is Gilbert Hernandez's much-anticipated return to the small Central American town of Palomar, more than a decade after his last "Heartbreak Soup" story. Originally released as a three-issue magazine series titled New Tales of Old Palomar in the acclaimed international "Ignatz" format, these stories are finally collected into one handsome book. All of these stories deal with 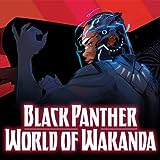 Black Panther: World of Wakanda (2016-2017)
"YOU DESERVED SO MUCH MORE, LITTLE FLOWER. YOU DESERVED A WAKANDA THAT CHERISHED YOU." Writer ROXANE GAY (Bad Feminst, Hunger) spins a Wakandan love story — its tenderness matched only by its brutality. You know them now as The Midnight Angels, but in this story they are just Ayo and Aneka, young women recruited to become Dora Milaje, an elite task force trained to protect the crown at all costs
Tonta
Hot off the heels of Hernandez's last graphic novel masterpiece, Is This How You Seem?, comes Tonta, a stand-alone graphic novel that shines a light on the family tree of one of Hernandez's most memorable characters of the past several years, the teenaged Tonta. Though a self-styled loner, Tonta is forced to confront her fractured and damaged family history during a weekend stay with her half-sist
House of Women
In this graphic novel, science fiction meets psychosexual drama when four women try to bring “civilization” to the natives of a remote planet on the fringes of the known universe. Something dark is growing in Mopu. The only question is whether the danger that will undo the women’s delicate camaraderie is outside the gates―or within. House of Women is Goldstein’s second solo graphic novel